Calculating forces on a ship’s deck cargo – a simplified approach 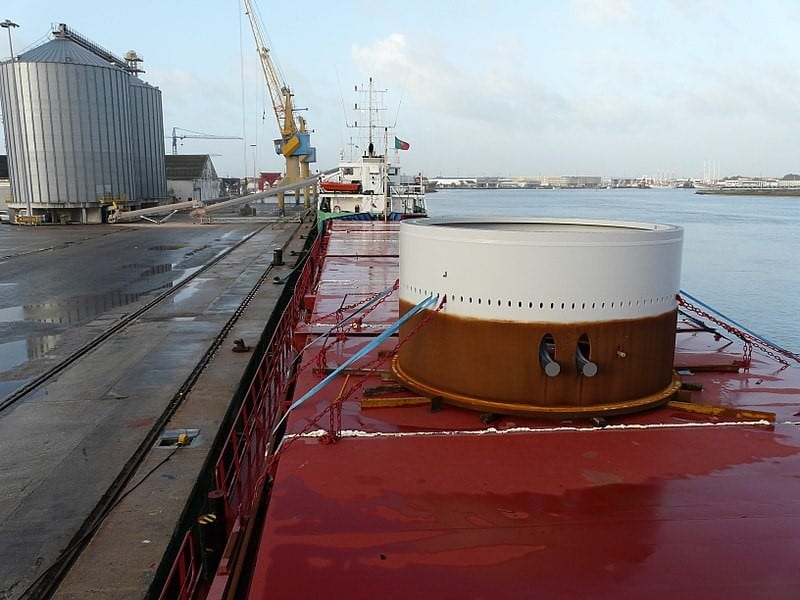 A ship’s deck is used to transport many different types of cargo – from containers to large structures like cranes or heavy modules of an offshore production plant. During transport, the ship suffers from forces due to the environment (wind, wave, current) it encounters. Being on the ship’s deck, the cargo also encounters these forces. For the cargo to be stable while being subjected to these forces, it is to be secured to the deck of the vessel using means like lashing ropes, stoppers, beams etc. This is called the ‘Seafastening’ of cargo.

Thus, the simplified approach is:

We will take the above steps one by one and elaborate on them. 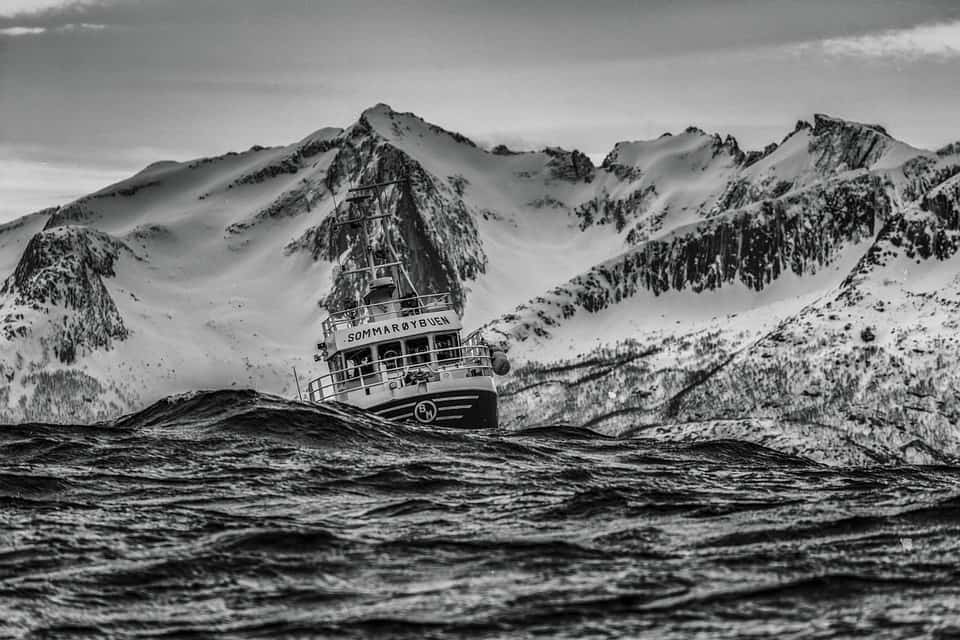 The environment of the voyage can be Unrestricted, or Restricted. Weather restricted operations are generally in sheltered areas or coastal regions where wind, wave and current are expected to be milder compared to the ‘Open Ocean’ where the weather is ‘unrestricted’.

The environmental data can be obtained from detailed Metocean data of the tow route proposed. This gives us the design wind speed, wave height and current speed for which we need to calculate the environmental forces on the vessel.

Step 2 – Forces on the ship

Once we have the environmental parameters with us, how do we calculate the forces which they will exert on the ship?

The ship has six different motions and accelerations, which are shown in the figure below: 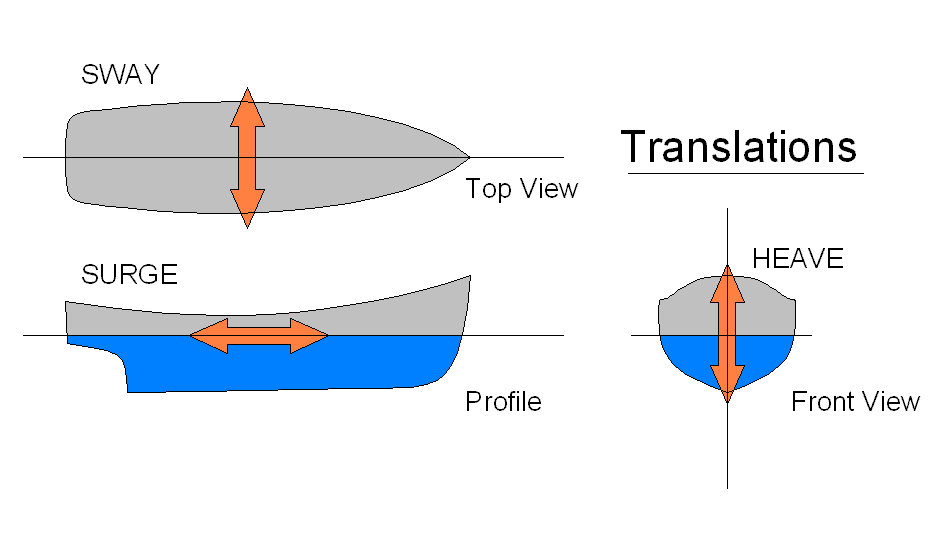 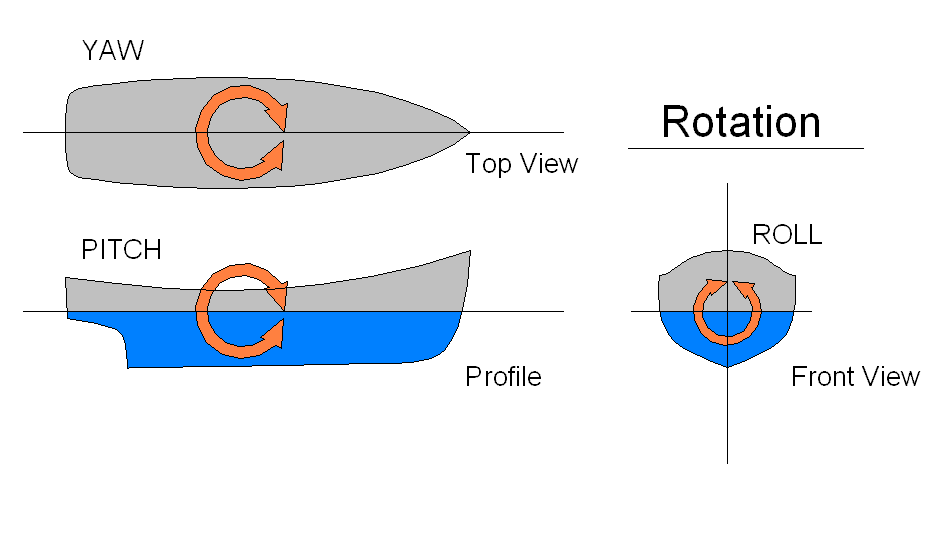 Figure 3 – The six motions of the ship (source Wikipedia)

Each of the above motions is coupled with an accompanying acceleration. While Surge, Sway and Heave are linear accelerations, Pitch, Roll and Yaw are angular accelerations due to rotatory motion of the ship.

How do we estimate the motions and accelerations (forces) on the vessel?

There are multiple ways of doing the force calculation, depending on the time and resources at hand. 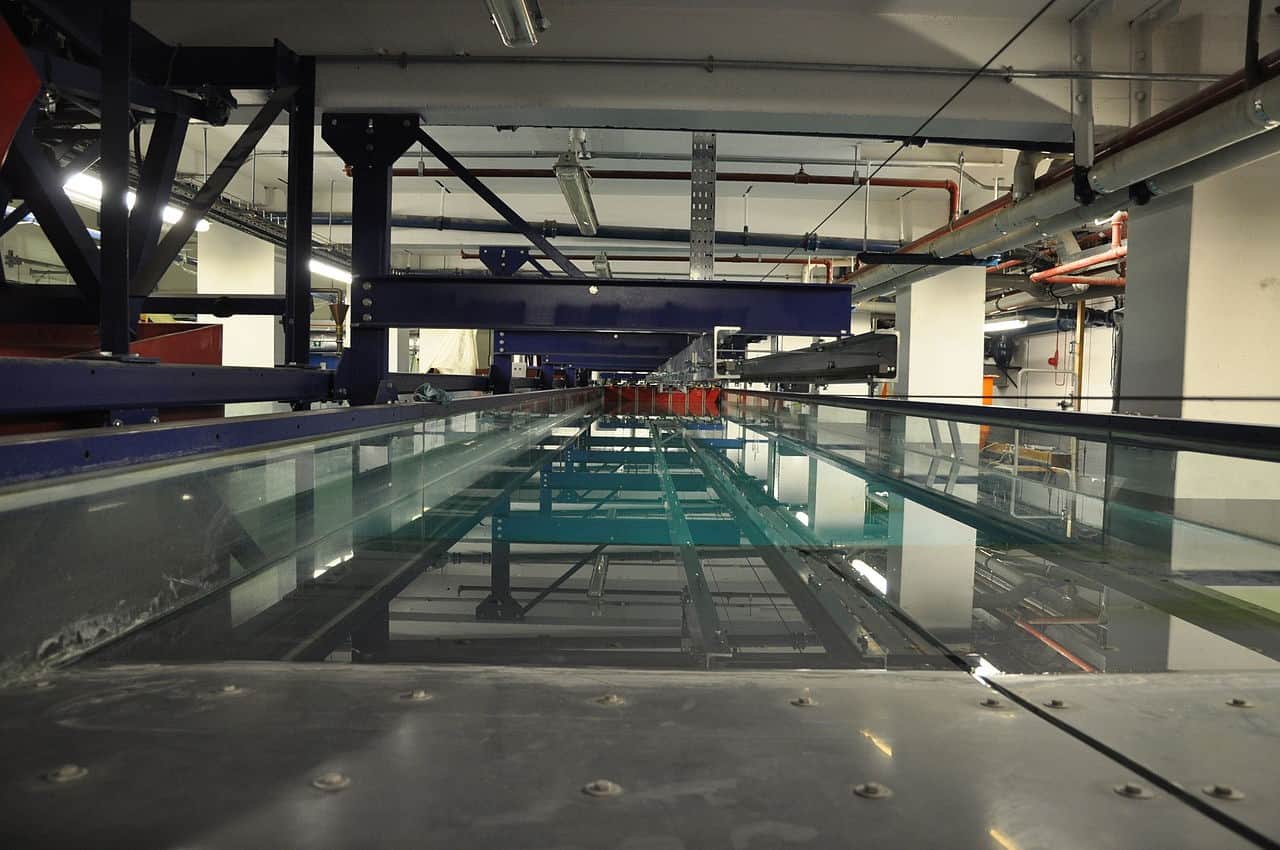 Fig 5: Accelerations as per IMO CSS 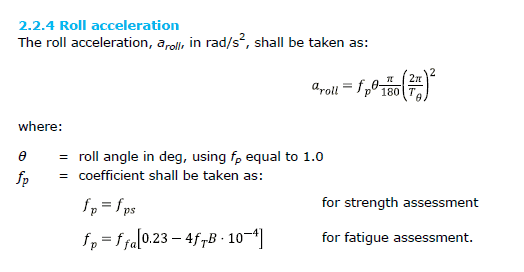 However, most of the Class rules will provide quite conservative results (based on loads at 10-8 probability level), and they may be too high for an actual marine operation. These results are mostly used for design of the vessel. For marine operations, these accelerations may be reduced using a reduction factor provided in the respective Class Rule. For reduction factors applicable to DNV Class Rules, please see Sec 11.6.3 of DNVGL-ST-N-001. 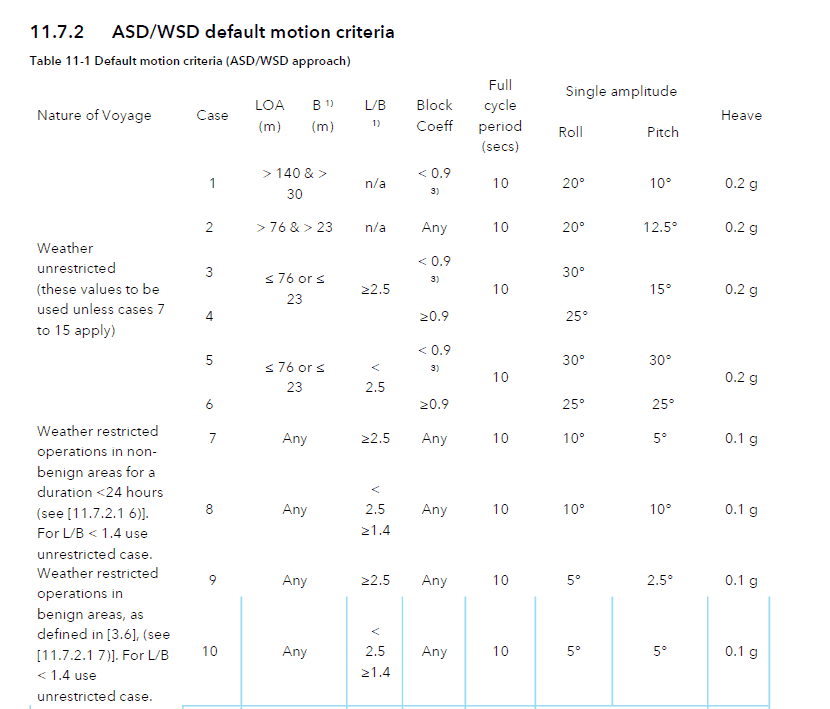 Step 3 – Forces on the Cargo

Forces on the cargo depend on multiple factors like the weight and center of gravity of cargo, its location on the deck and its size.

As the ship undergoes motions in the sea, the cargo expects following types of forces:

When a motion analysis software is being used to calculate the forces on the cargo, then detailed results may be obtained. These analyses will generally be based on a frequency or time-domain analysis which uses a wave spectrum and vessel’s hydrodynamic model to generate vessel Response Amplitude Operators (RAO’s) and provide the accelerations as results.

When Default Motion Criteria are being used, then the following simplified approach can be used to determine the motion forces on the cargo.

This coordinate system moves with the ship and is not fixed to the ground. Many times, due to lack of the data on LCF, the midship is used in place of LCF. This may lead to minor difference in results.

Next step is the resolution of the forces in different directions – Transverse, Longitudinal and Vertical. A simple presentation of calculation for transverse and vertical forces is shown in the figure below. 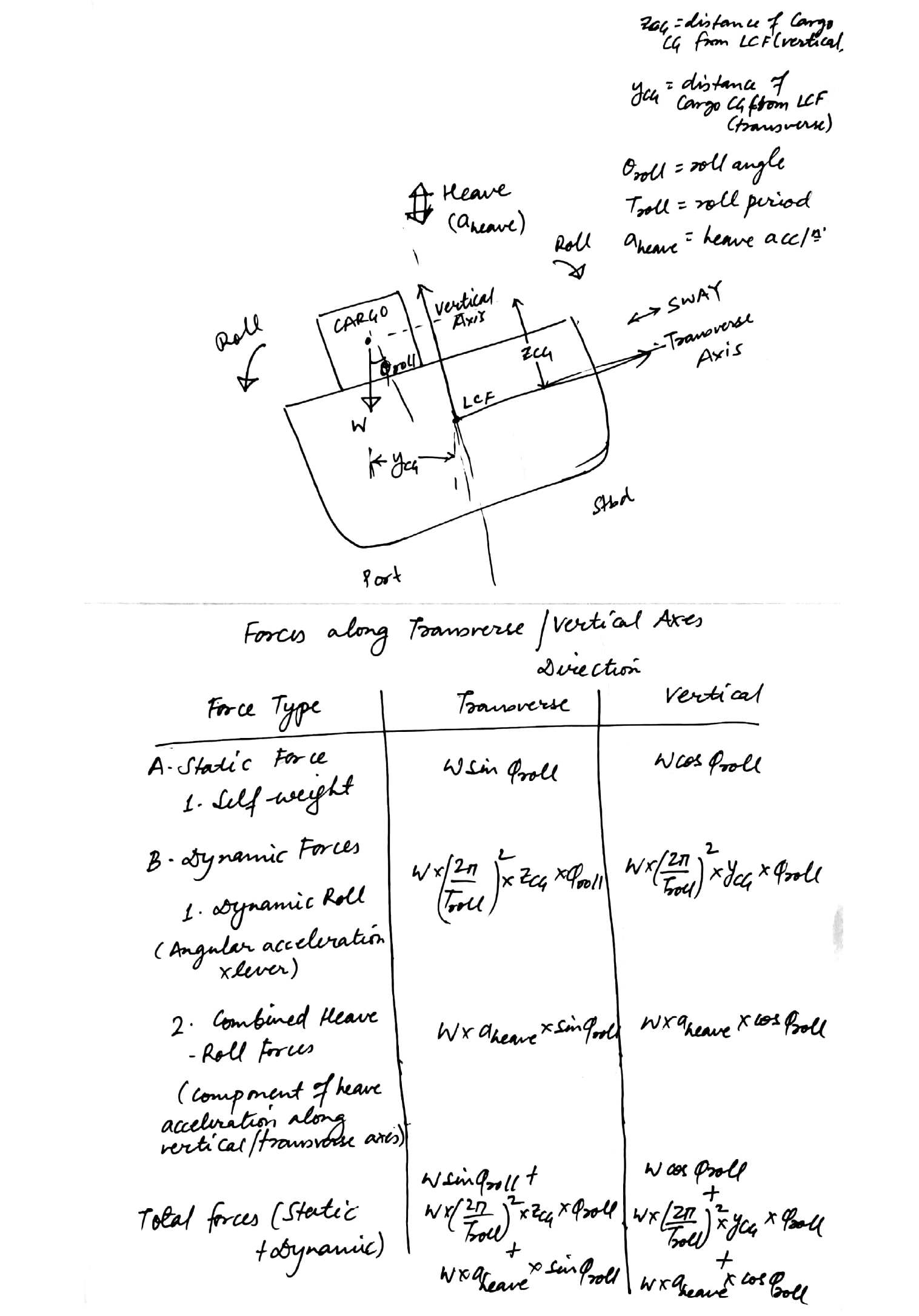 We can see that each force is resolved along the two directions – transverse and vertical in the ship coordinate system. The total force in each direction is calculated by adding up the components. It is to be noted here that the maximum of all components may not happen simultaneously, and there will be phase difference among them. However, ignoring the phase differences will lead to more conservative results.

The same above scenarios apply to Pitching as well, and the following table summarizes how the final accelerations should be presented. 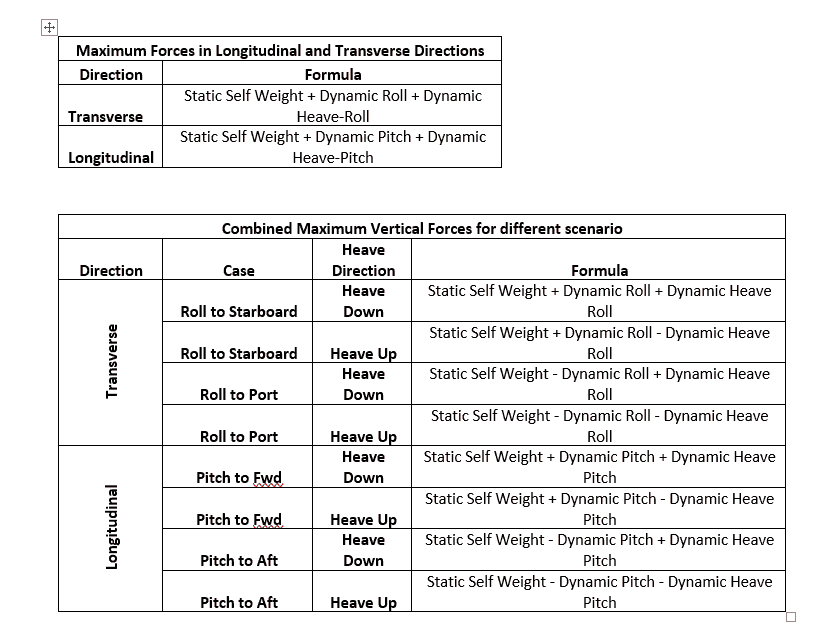 Besides the motion forces as discussed above, the cargo will also be subjected to wind forces, which will depend upon its projected wind surface area in both directions, and on its height above the sea level.

Combining the wind and motion forces we can get the final forces on the cargo in transverse and longitudinal directions.

These forces can further be exploited to design the lashing/seafastenings of the cargo.

A simple excel spreadsheet can be developed for performing these calculations. The spreadsheet should take as input the vessel’s properties, the cargo properties and the wind speed as inputs. The motions can be taken from the ASD default motion criteria in DNV-ST-N-001. These can be used to compute the accelerations and forces as described above.

Obviously, the above method is highly simplified one and is recommended only when the option of a detailed motions analysis is not available. Some limitations are:

While above limitations exist, the above method provides a quick check of the forces on the ship and is useful in time-limited demanding operations (when an elaborate motions analysis is not feasible), and in preliminary stages of design when the tolerance for error is more.

Note: TheNavalArch has its own app for calculation for Cargo Forces and Accelerations. Do check it out in the link below: