Pad-eyes are one of the smallest and most universally used structural items in the maritime and Oil & Gas industry. They are used for a variety of purposes too: from a simple seafastening of a cargo to deck of a vessel, to complicated lifting operations involving multiple lifting points. Simple as they may seem, pad-eyes vary a lot in their geometry depending on the purpose they are being used for. When they are used for lifting purpose, they are also called as lifting lugs.

The basic purpose of a pad-eye is to provide a point to which a rope or wire can be fastened, directly or through a shackle. The other end of the rope/wire can be fastened to another pad-eye located elsewhere, or it may be used for lifting.

The connection point on the cargo to which the other end of the rope/wire is connected, can also be another pad-eye.

Size variations for pad-eyes are quite obvious. An operation which imposes higher loads on the pad-eye will require a bigger sized pad-eye. For example, to lift a 1 ton Cargo using single point lifting, the pad-eye size will be much smaller compared to the case with a 10 ton Cargo.

Pad-eye shapes can vary depending on use. When there is only a vertical load expected on the pad-eye (e.g., lifting operations with lifting sling completely vertical), then the pad-eye is generally symmetrical in design. Symmetrical pad-eyes may also be used for sling angles of upto 60 degrees with the horizontal/base of pad-eye. However, if the sling angle with the base of the pad-eye is expected to be less than 60 deg, then an asymmetric pad-eye is recommended. 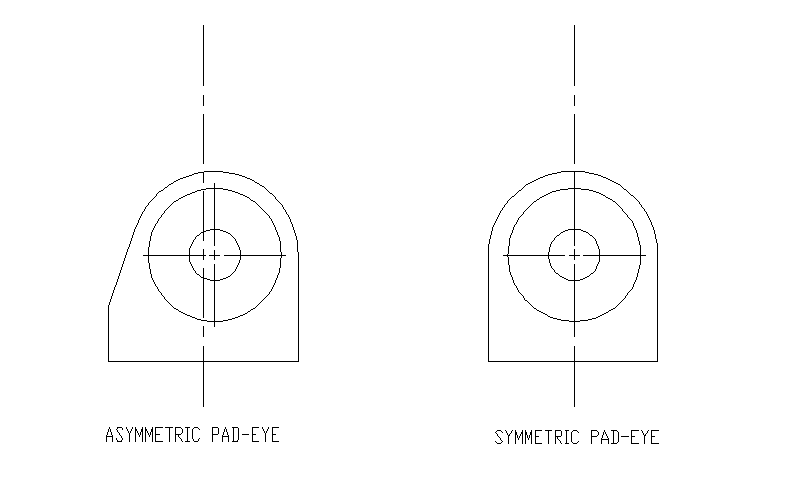 In this section, we will present a typical design of an asymmetric pad-eye with single cheek plate on either side, used for lashing operation. It looks like the one shown in picture below: 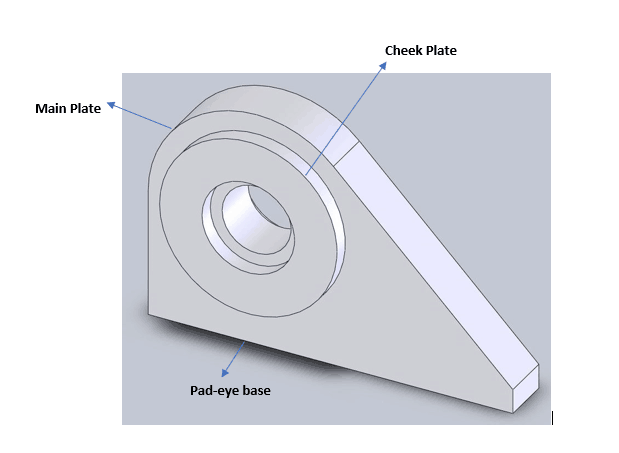 3D view of an Asymmetric Pad-eye

We can see that the pad-eye has three distinctive features:

1. The main plate – this is the asymmetric plate with an eye-hole through which the rope passes.

2. The pad-eye hole – this is the slot through which the wire/rope passes. The size of the hole is determined by the size of the rope which has to pass through it.

Following pictures show different pad-eyes with and without cheek plates.

Let’s now analyze a simple asymmetric pad-eye with cheek plate on either side, and under an external load. A simple figure of the pad-eye with load is shown below: 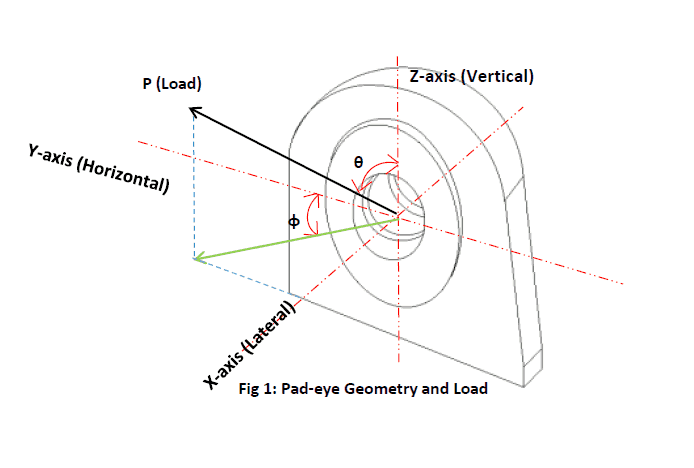 A 3d model of a pad-eye with load

There are different kinds of stresses which different parts of the pad-eye are subject to. Let’s analyze them one by one: 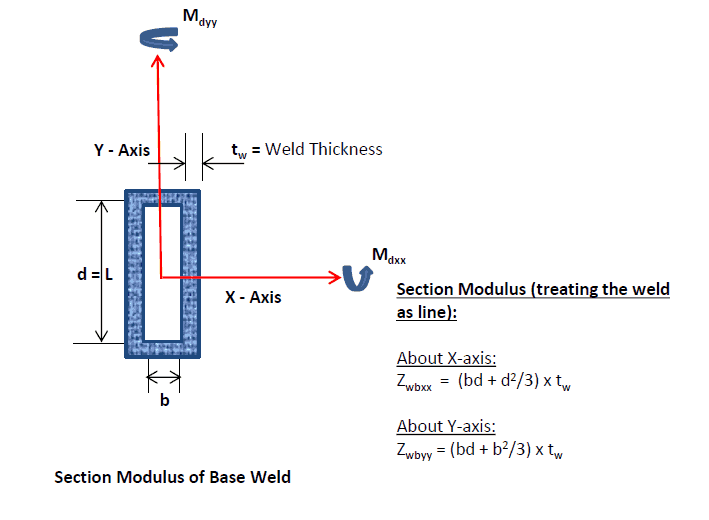 Bearing area and forces/moments on base weld

In some cases of pad-eyes being used for heavy duty applications like heavy-lift or transport of heavy cargo, a simple check may not suffice and a full fledged FE Analysis in a tool like ANSYS may be needed.

That brings us to the end of this article. While pad-eyes may look small, their design involves multiple checks and intricacies which come into play depending on the geometry and usage of the pad-eye. Whether designing a new pad-eye from scratch or evaluating an existing pad-eye for suitability to a particular operation, these factors need to be considered carefully for a successful operation.

Looking for help with designing or selecting the right pad-eye for your operation? Do take a moment to take a look at our pad-eye calculators (below) which greatly help reduce your time for design.