Designing a spreader beam for lifting 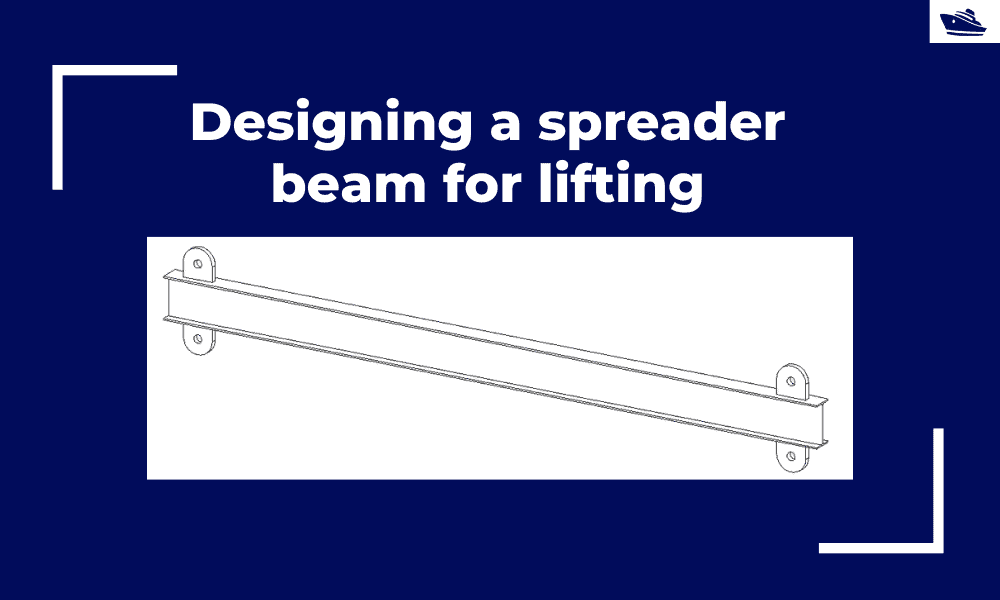 The spreader beam discussed here is one with two lifting points, from which the lifting slings go vertically straight down to the lashing points on the cargo as shown in the figure below: 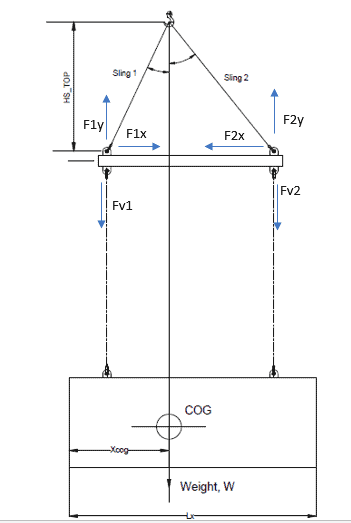 Fig 1: Arrangement of a spreader bar

At the outset, it is important to clarify the difference between a spreader and a lifting beam. A spreader beam is designed to take primarily compressive loads, as can be seen in the figure above.

If we resolve the forces on the whole beam, we get the force diagram as above. We can see that the vertical downward forces of Fv1 and Fv2 are balanced by the components F1y and F2y, while F1x and F2x are the compressive forces on the spreader. Some bending may be experienced as the forces F1x and F2x are acting at the hole of the pad-eye, which is offset from the centerline of the spreader by some distance. However, the primary load on the spreader is compressive stress. There can be some lateral-torsional buckling too if it is an I-beam spreader.

Lifting beams, on the other hand, are designed to take bending loads. A simple lifting beam is shown below:

We can see that it has a lifting eye at its top in the middle, while the eyes below are used to connect the slings to the lifted object. If we resolve the forces, we can immediately see that the lifting beam will be primarily under bending stress (see figure below).

Loads on the Spreader Beam

Next, we analyze the loads which affect the spreader’s design.

Following are the loads which affect the spreader:

The angles of the slings 1 & 2 (in figure 1) made with the vertical must be less than 45 degrees (16.3.4.2, DNVGL-ST-N001). It is to be noted that the center of gravity (COG) of the lifted object has to be in line (on the same vertical) as the crane hook. The sling lengths are to be accordingly adjusted. If not, the object will experience a tilt during lifting which is not desirable.

The next step is to calculate the loads on the slings above the spreader, i.e., the line tensions in the slings 1 & 2. The Dynamic Hook Load (DHL) is determined for this and using a simple mathematical formulation, the sling loads are determined. It is expected that the lift point which is closer to the COG will take more load.

The next step is the calculation of stresses. The spreader experiences the following stresses: 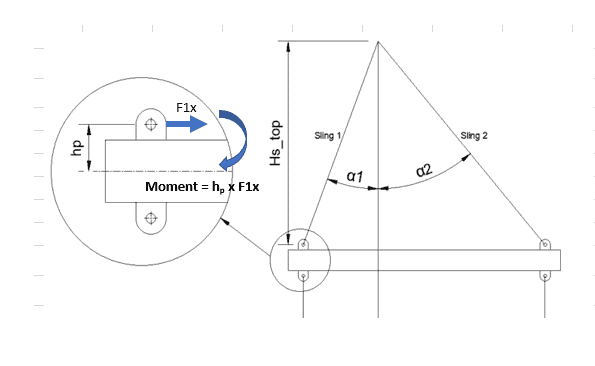 Fig 6: Bending moment due to offset of force from centerline

With all the above checks performed, a complete design assessment of a spreader for a specific lifting operation can be done. Spreaders can come in different section shapes, the most common being I-beam, hollow circular, and hollow rectangular.

TheNavalArch has its own app for spreader beam design which performs all the checks diligently and can be used to either design a new spreader or check the suitability of an existing one for any lifting operation. Please do spend some time exploring it through the link below. 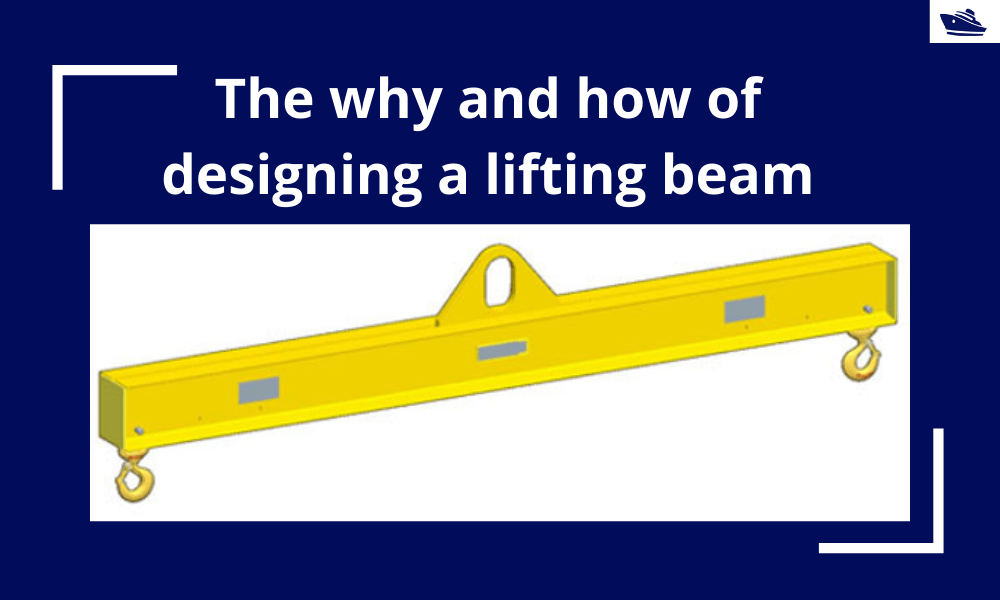 The why and how of designing a lifting beam

Lifting beams are universally applied gear used widely in various types of lifting operations, onshore and offshore. In this article, we will explore the design of a basic lifting beam and see what design checks are needed to establish the suitability of the beam for...

by Michael Harwood, PE, PMP Overview Lifting by crane is a basic construction operation that dates back to at least Sixth Century BC (ancient Greece for example) and the lifting operation itself dates back much further. It is a very common operation in present-day... 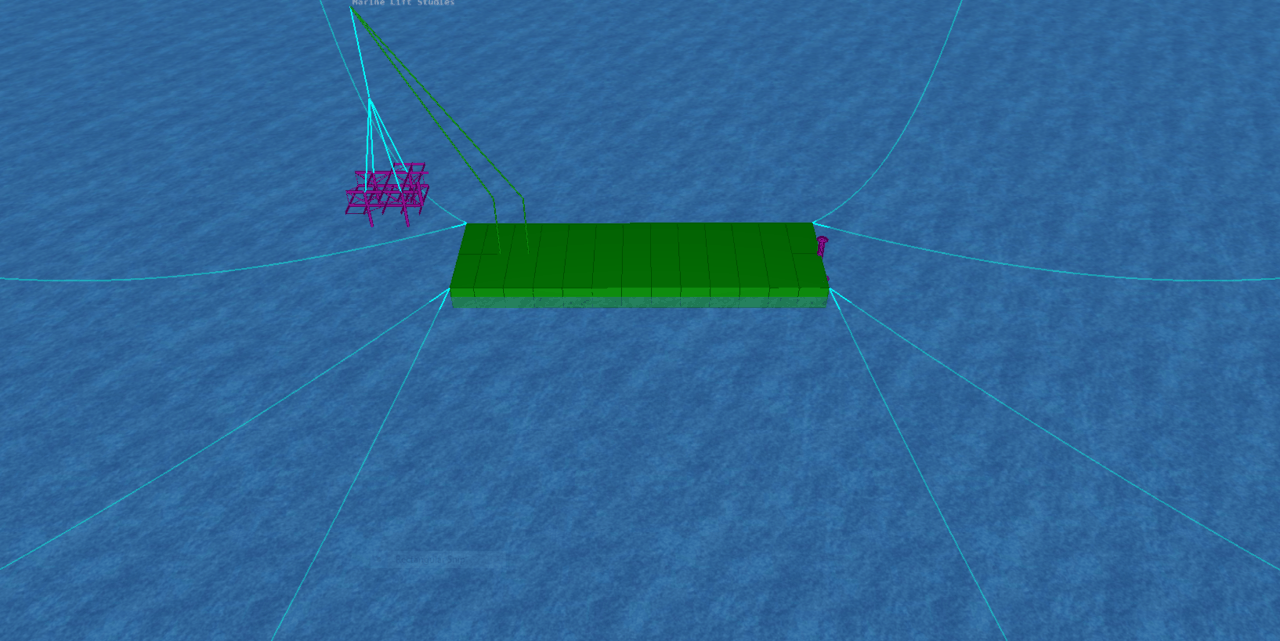 Ever since the offshore industry has expanded to deeper waters, one topic of broad and current interest, that has dominated the industry, is the weight of topsides lifted offshore. Installation contractors advertise engineering feats accomplished by...