Are you chartering a tug bigger than necessary for your Barge? 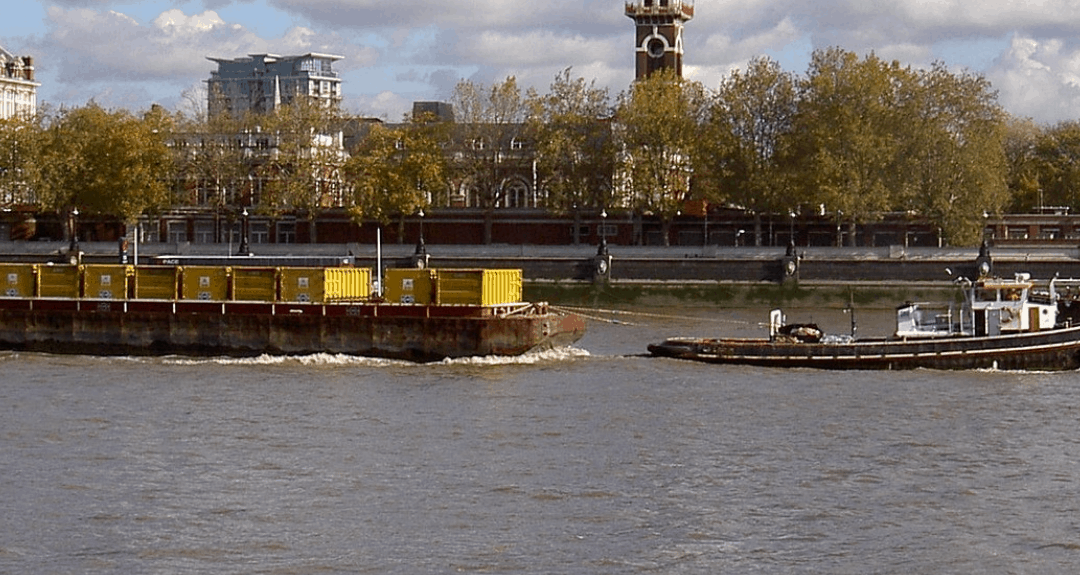 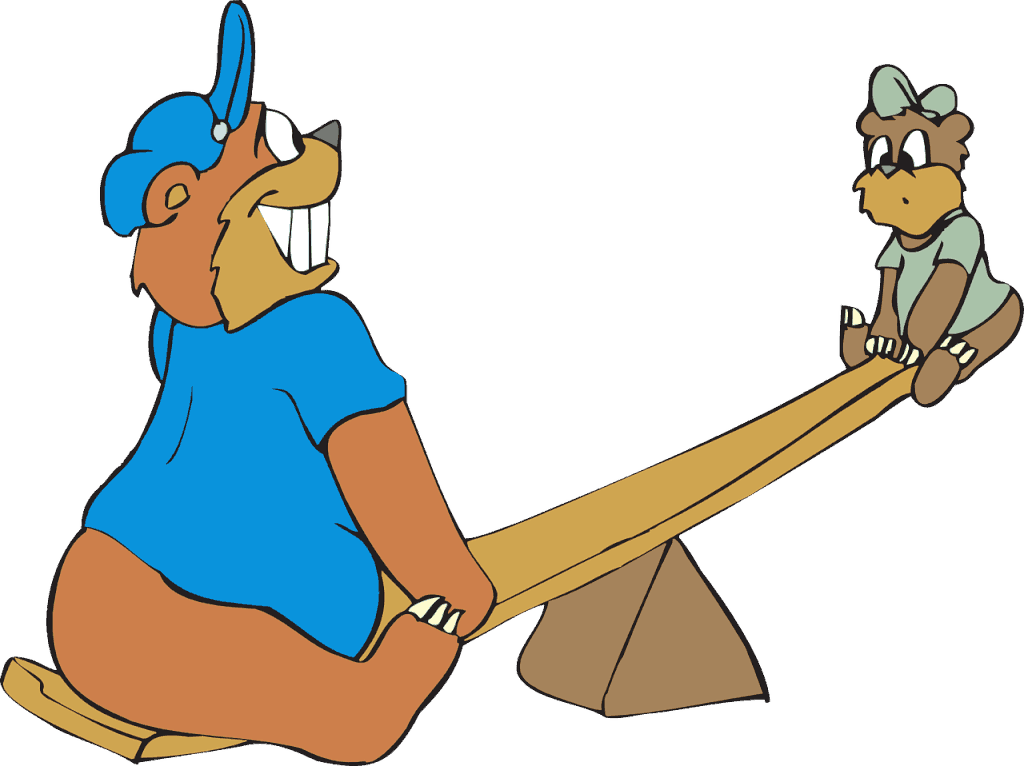 Barges are one of the most frequently used means for transporting deck cargo of different shape, size and weight. While some barges are self-propelled, the majority is towed by another vessel called a ‘Tug’. Once an owner or charterer has decided on the Barge to be used for a transport operation (depending on the size and nature of cargo), the next step is to decide the tug which will be adequate to tow the barge. From a very fundamental point of view, the tug should be able to overcome the weather forces which the Barge experiences when it is being towed in the sea. The weather forces are those of Wind, Current and Wave. Together, we call them the “environmental forces” or simply the “environment”.

A tug is considered adequate for a towing operation if it can HOLD the Barge in a prescribed environment. The word ‘prescribed’ carries huge significance. Who prescribes the environment? What is the prescribed environment? The effect of Environment on tug size The prescription for the environment can be found in guidelines prepared by organizations like Classification Societies or Marine Warranty Surveyors (MWS). For example, the DNV-ST-N-001 Section 11.12.2.4 gives the standard environment for open ocean tows as Wind 20 m/s Current 0.5 m/s Wave (Significant Height) 5 m For standard OPEN OCEAN tows, the tug should be able to HOLD the barge static in the above-given environment. In most cases, the standard weather criteria are applied to find out the environment forces which the barge will experience, and then select a tug big enough to overcome these forces. What if the tow is not in the open ocean? What if it is a tow in a benign area? Applying the OPEN OCEAN criteria indiscriminately for coastal or sheltered tows will result in unnecessarily high environment forces and selection of a tug bigger than required. After all, why select a bigger tug and pay more if a smaller tug could have done the job as well? Benign tows will require much milder environment criteria, as specified in DNV-ST-N-001 Section 11.12.2.6 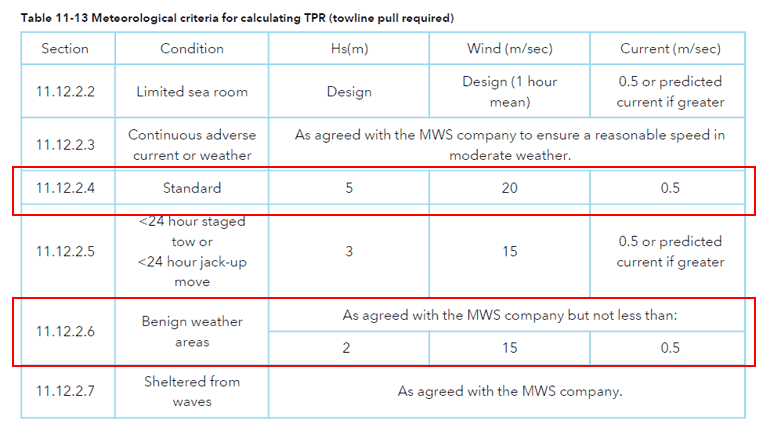 DNV-ST-N001 Environmental Criteria for Bollard Pull Calculation – Standard vs Benign Criteria How do I know the right sized tug for a benign area?   There are very simple steps to follow to find out the right sized tug for the vessel. Some scenarios which can come up and possible actions are: To summarize, it is critical to establish the right environment (Standard or Benign) before selecting the tug. A little effort at the beginning stages while selecting the tug will ensure huge cost savings by selecting the optimum tug and avoiding an unnecessarily large tug for the same tow job.