The why and how of freeboard calculation of a ship 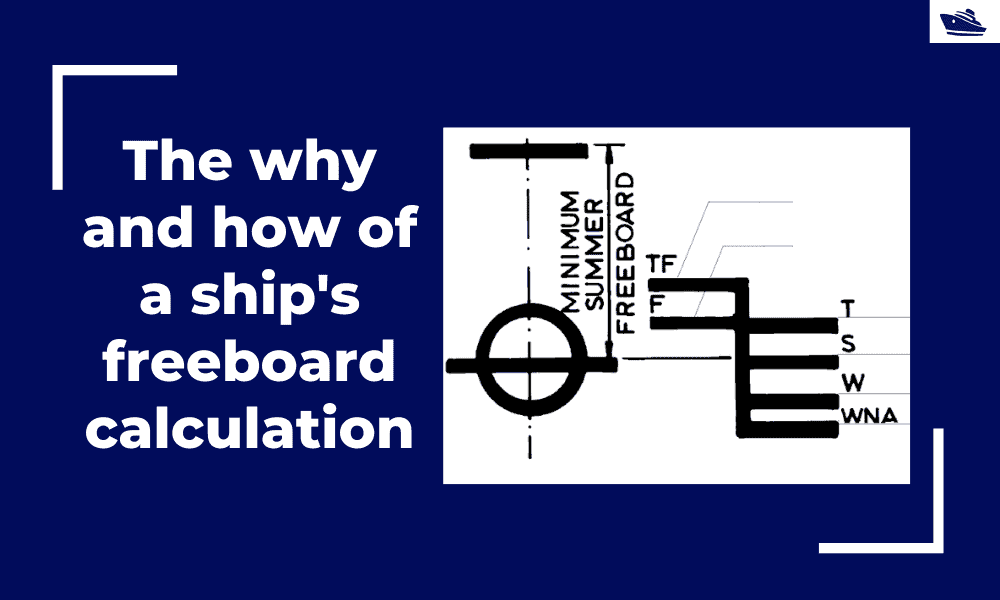 Freeboard is a common term used in vessel operations. Freeboard is the smallest vertical distance between the waterline and the freeboard deck (generally the upper deck) along the length of the vessel. The term ‘smallest’ is of significance, as the height of the deck above the vessel’s baseline may vary along the length of the vessel due to sheer – this leads to difference in the vertical distance between the deck and the waterline at different points along the vessel’s length. 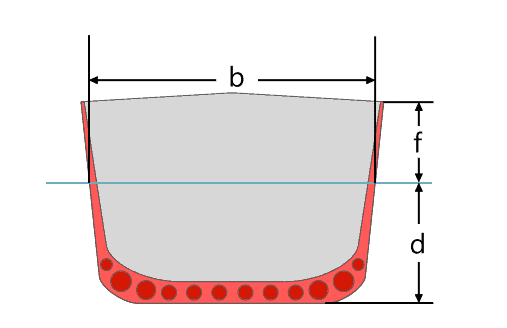 Freeboard of a ship ‘f’ in picture above (Source: Wikipedia)

In this article, we will understand the what, why, and how of freeboard calculation for a vessel.

The calculation of freeboard is carried out as per the International Convention on Load Lines, 1966, as Amended by the Protocol of 1988 – Annex I – Regulations for Determining Load Lines.

Thinking about the basic purpose of assigning freeboard to a vessel, we can find out what factors or calculations will go into play when determining it.

The basic purpose while assigning the right freeboard is to ensure that the vessel has sufficient reserve buoyancy.

Thinking in basic terms, what factors or items can contribute to the reserve buoyancy of a vessel?

The approach to freeboard calculation as laid out in ICLL 66 is to first calculate the standard freeboard that is attributable to the vessel. The ICLL 66 provides standard tables for the minimum freeboard needed, depending on the length and type of ship. There are two types of ships recognized:

The typical table is shown below: 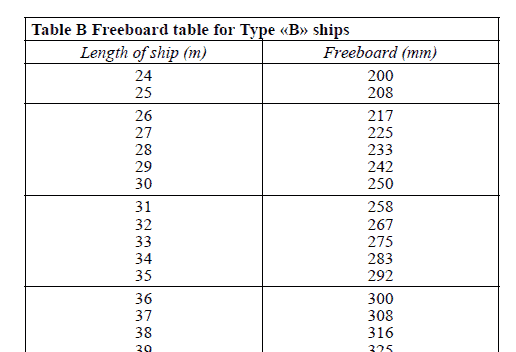 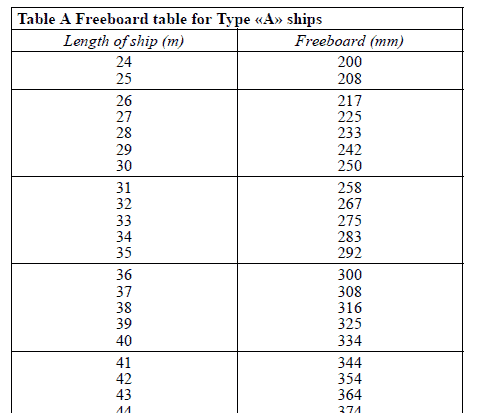 Consideration for some Type-B ships:

The Standard Ship, and corrections to freeboard

We can see that the freeboard varies with the length of the vessel.

It is noteworthy that the above tabular freeboards are provided for a standard ship. A ‘standard ship’ means a ship:

block coefficient Cb and length of the ship).

This also means that any ship which deviates from the ‘Standard ship’ in any of the factors specified above, will need some adjustment to the tabular freeboard. These adjustments are called ‘corrections’. These corrections are listed below: 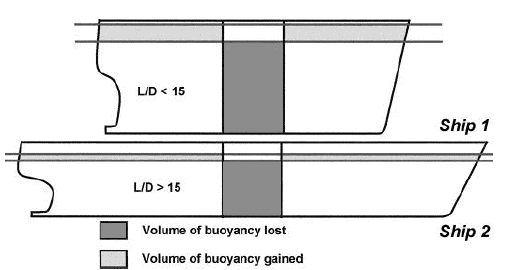 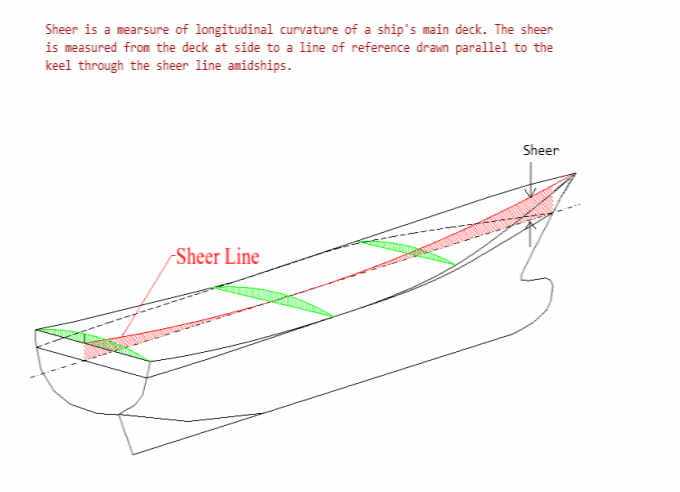 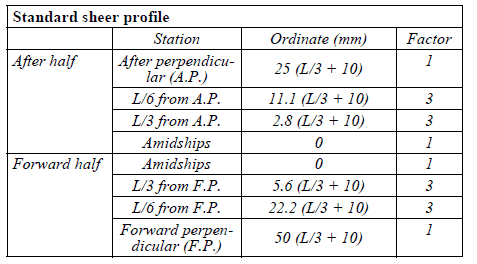 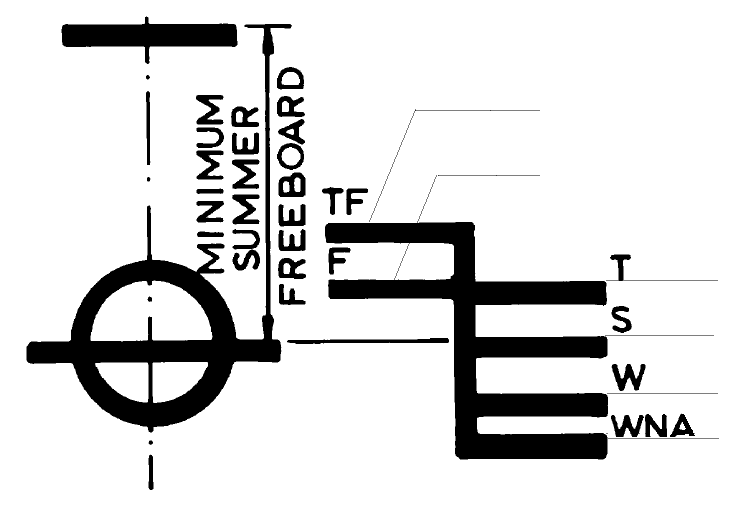 There are multiple other loadlines of the vessel, depending on its area of operation. For sailing ships, only the Fresh Water and Winter North Atlantic loadlines are to be shown, apart from Summer Loadline. These additional lines are: