Chocks are used universally for mooring and towing operations on ships.

The closed chock has a body which is round in shape and it has a rectangular shaped seating that is welded to the deck of the vessel.

This article talks about designing a closed chock as per the relevant requirement of the International Association of Classification Societies (IACS) rules. The guiding rule followed is the Unified Requirement (UR) A2 Rev 5 (Sep 2020).

In this article we’ll see what kind of forces are expected on a chock, and what design stresses we need to evaluate it for, to check its suitability for an operation.

The design load on a chock will depend on the purpose the chock is deployed for.

When the chock is used for towing, there are two scenarios of towing that UR A2 covers:

During normal towing operations, the force on the chock comes from the load on the towline that connects the vessel to the tug pulling it. The maximum bollard pull of the tug will be the governing load on the chock. During emergency (other) towing operations, the governing force becomes the Ship’s Design Maximum Breaking Load as defined in UR A2 thus:

requirements of other towing service.

If the chock is used for mooring, then the loads on the mooring lines will be the governing loads. In this case, the Ship’s Design Maximum Breaking Load (SDMBL) is taken as the design load for mooring loads on the ship’s fittings.

The chock can be subject to different load cases, depending on the angle at which the design load is acting on the chock.

The design load (DL) is the load acting on the towing/mooring line.

The next question is: at what angle these forces should be considered on the chock?

Case 1: Angle in the horizontal plane

The chock’s purpose is to guide the line from winch/bollard to the pier/tug. This will result in the line making an angle around the chock’s inner surface as shown below. The angle(θ) depends upon the position of the winch/bollard and the position of the pier/tug. This angle may vary depending on the use case, and so a conservative minimum angle should be used for design. 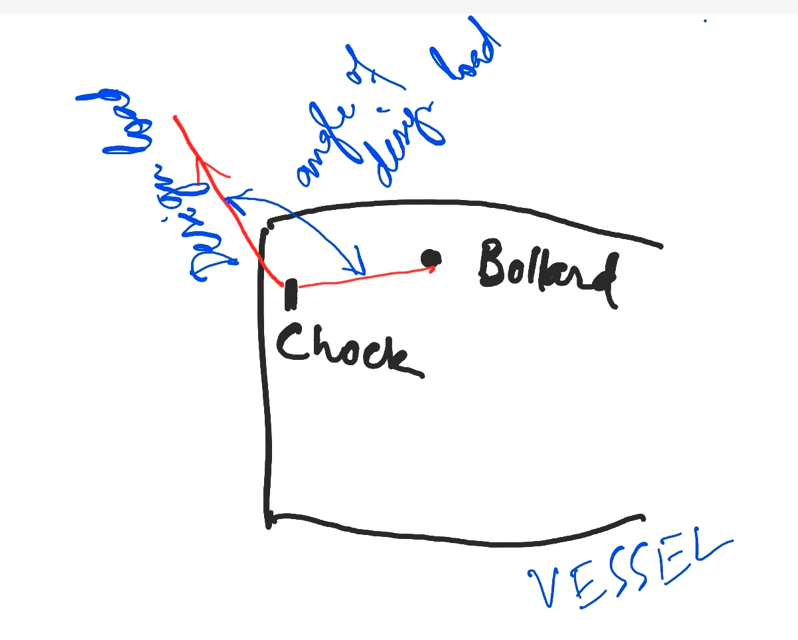 In case the determination of this angle is not feasible, it is taken as zero. Depending on the angle input, the effective (resultant) load on the chock can be calculated as follows: 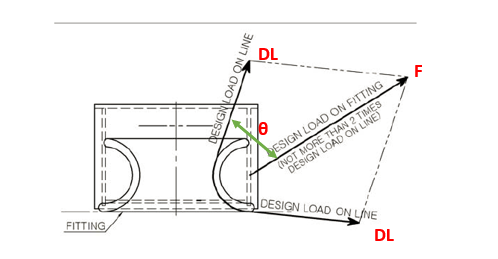 We can see that if we take θ as zero, the resultant force on the chock F becomes 2 x DL, and this represents a worst-case scenario. If a reliable assessment of θ is not available, we should take F = 2 x DL.

Case 2: Angle in the vertical plane

The previous loading case had the force F in the horizontal plane. There’s another possibility of loading when the line from the bollard/winch on the deck and through the chock goes vertically down, thus resulting in the force in the vertical plane. This scenario is depicted below. 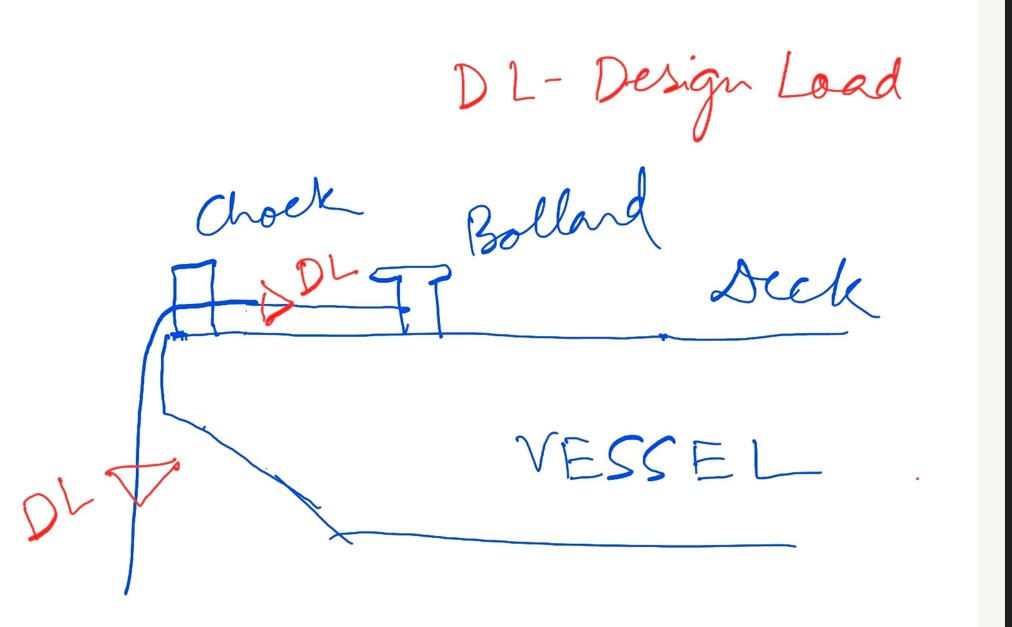 A force diagram on the chock will look like the below: 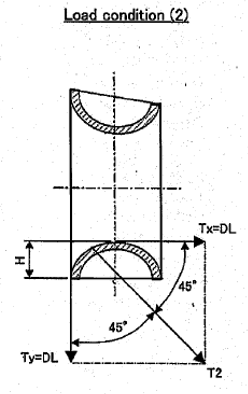 Here, we can see the design load on the line (DL) acts as Tx and Ty in the horizontal and vertical directions on the chock.

Once the loading conditions are established, the next will be the stress checks for the chock structure.

The stress check will include the following for each load case:

The same set of stress checks will also have to be performed for the chock seating which connects the chock to the deck of the vessel. The weld between the seating and deck will also need to be checked for all the applicable stresses.

Once stress checks are done and the chock design verified, the chock can be considered fit for the purpose it’s built for. 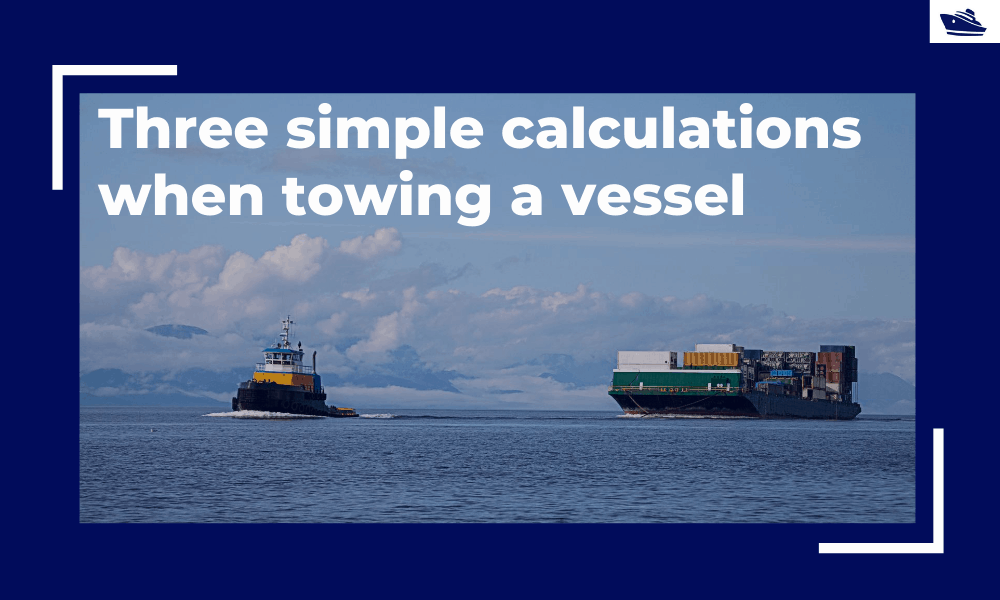 In this article, we will explore three simple but useful calculations that can be used for towing operations. They are: Towline Stiffness Propeller race Towing bridle force  DNV-RP-H1o3, Modelling and Analysis of Marine Operations, FEBRUARY 2014 has been referenced...

Towing Chock Design as per IACS