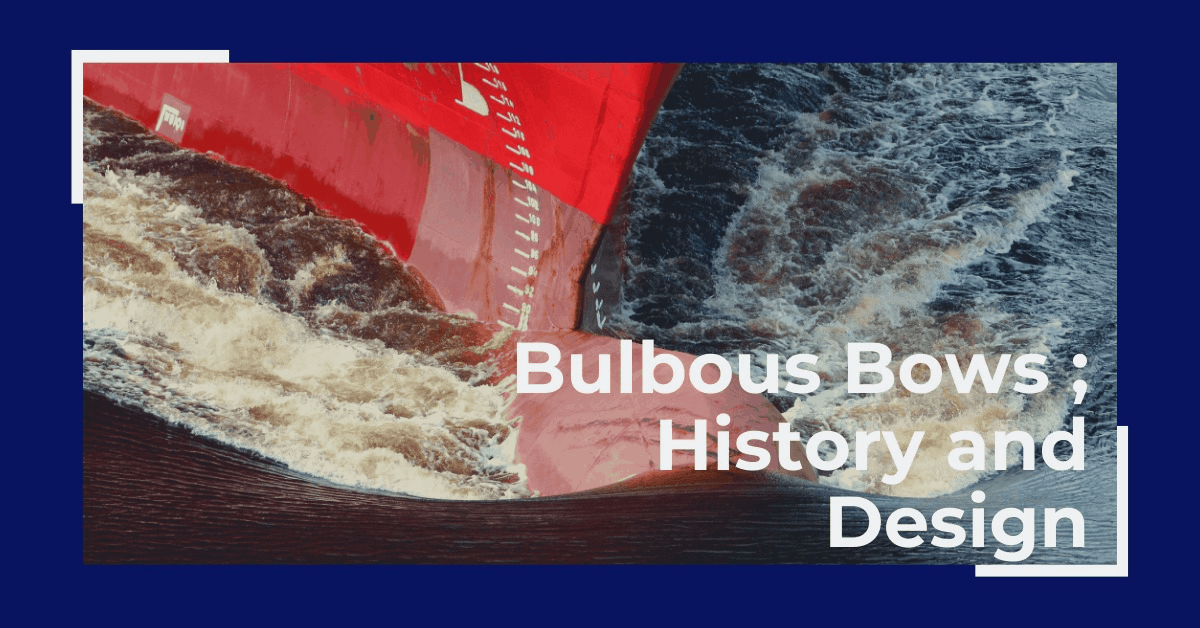 The eternal search of a naval architect – a perfect bow. Sadly, it never exists. Different bow forms are good for different types, sizes of vessels and seaways.

What does a naval architect want out of the bow he designs?

The history of the bulbous bow

I do think that after Archimedes’ Principle, the concept of bulbous bow is the first really great thing that happened in naval architecture. All the while naval architects were tuning their designs here and there – angle of entrance, a finer shape, avoiding that shoulder and hoping for a 2% shaving off the resistance when the concept of bulbous bow gave it a quantum leap, saving a whopping 5-8%, albeit for a specific Froude number range.

The first ship designed with a bulbous bow was a German ocean – liner called SS Bremen , owned by Norddeutscher Lloyd Line . She, and her sister ship SS Europa (Later SS Liberte’) had high speed steam turbine engines and a stream lined profiles and started plied the transatlantic sea route in the late 1920s. These two ships were national symbols of pride for Germany for pre-war years of 1930s. She held the prestigious Blue Riband, an unofficial accolade given to the passenger liners in the Transatlantic route of that era with the record highest (average) speed. 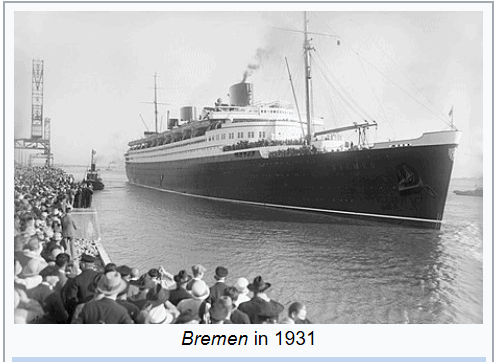 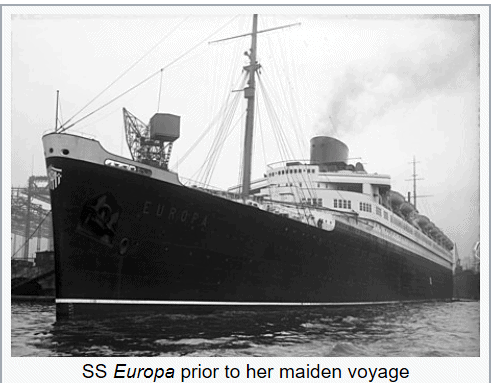 The Americans followed soon with SS President hoover and SS President Coolidge in 1931, although their bulbs were considered to be experimental, by both owners and shipyards 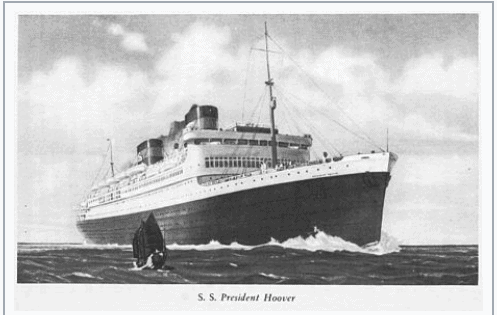 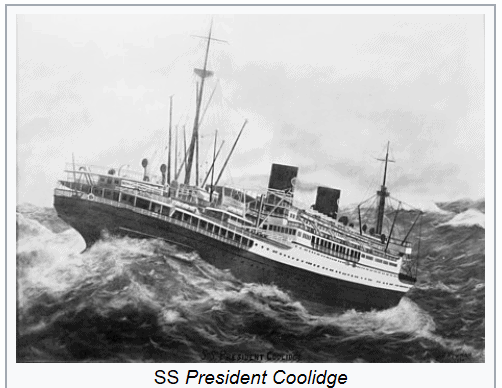 Different bulb shapes in use

The X-bow: a modern innovation

As an extension of the bulb from, Ulstein came out with the concept of X-bow in the year 2005 and the first ship was commissioned in 2006 .

The bow, by incorporating a large forebody coming right out of water and sloping aft right to level of a high first exposed deck, causes a different volume distribution with a tapered fore ship shape as well as sectional angles, resulting in a wave piercing effect at small wave heights, and also reduces pitching and bow impact loads in rougher seas with bigger waves.

Major benefits of the X-BOW , as per Ulstein, are as follows

However, X-bow is more suitable for bigger vessels in rough seas. Because of the shape, the spray runs up the hull and hence to avoid the spray hitting your bridge window, the same has to be high. A small vessel may not have those many decks and will naturally have problems. The windage area increases and also the risk of plunging deep into the sea. For a conventional bow, as she plunges deep into the sea, the displaced volume increases, increasing the momentum to reduce pitching motion and acceleration. In case of a ship with X-bow, it is the opposite.

Parameters affecting the design of a bulbous bow

A bulbous bow is defined by the following parameters, which are also shown in the diagram below. 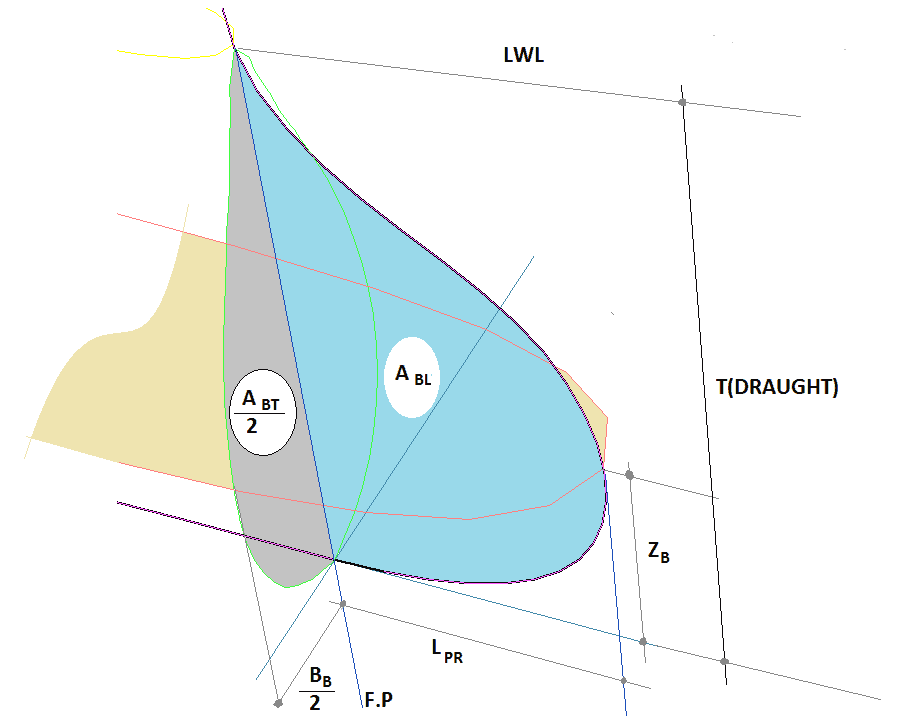 How does the bulb work?

As one can see in the diagram, a conventional bow creates a bow wave. That means a high pressure zone – much like as if the ship is pushing against a pileup of water. The energy going into this shows up as bigger waves and goes to contribute to wave resistance.

In contrast, the bulb due to its forward motion is pushing the water sideways and up , creating a crest ahead of the ship , with the trough occurring aft of hull entry, which necessarily means reducing the pressure on the hull, resulting in lower wave resistance. The higher the speed within that Froude number range , the more is the effect of the bulb

Apart from reducing the resistance at the specific Froude number range (>0.238 and < 0.563) , the effect on sea-keeping characteristics are also important. Bulbs typically are v-shaped on the bottom to minimize slamming in rough seas. The large volume so far ahead of the ship produces extra buoyancy and a high moment that counteracts pitching motion.

The following diagram is a quick selection help for selection of the type of hull and within that the zone of applicability for the bulb. The diagram is qualitative and designers should use their own discretion. Now that Naval architects have huge computing power at their disposal and with the advancement of technology in the area of computational numerical methods, the quality of ship design has advanced and refined.

While I still rank a model test to be a far more reliable tool to estimate the resistance of the ship, Iterative CFD analysis with continuous changes in the hull form can result in a far better hull form to begin the model test. To change the model a number of times physically is a time consuming and costly affair and CFD can make the process faster, better and more economic. Bearing in mind that most of this work has to be done at a pre-bid state, where a return is not always assured, CFD is definitely a useful tool .

The views, information, or opinions expressed are solely those of the author and do not necessarily represent those of TheNavalArch Pte Ltd and its employees 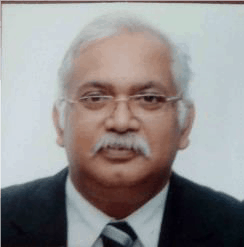 Bijit Sarkar is a graduate of 1981 from Indian Institute of Technology, Kharagpur with honors in Naval Architecture followed by Ocean Management Training from International Ocean Institute, Malta. He has been a designer, an innovative one, all his life – designing ships of all varieties but primarily military vessels. Apart from marine, he has design experience in a wide gamut of engineering. Attached to his alma-mater as member, advisory in the expansion programs of the departments, his special areas of interest , where he is putting a lot of effort into are Renewable Energy, Pollution and global effects, Artificial Intelligence in shipbuilding and Bio-mimicry.