Stanchions – a familiar term for mariners and ship designers. What are Stanchions? 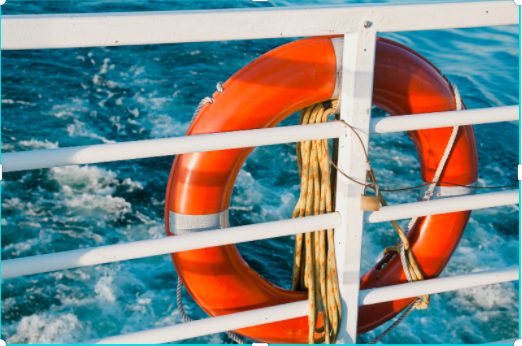 For seafastening of cargo, the stanchion needs to be designed to take the loads on the cargo during seafastening. Basically, the stanchion/stopper is placed at the sides and ends of the cargo to prevent the cargo’s sliding in the transverse and longitudinal directions respectively. This can be seen in the figure below: 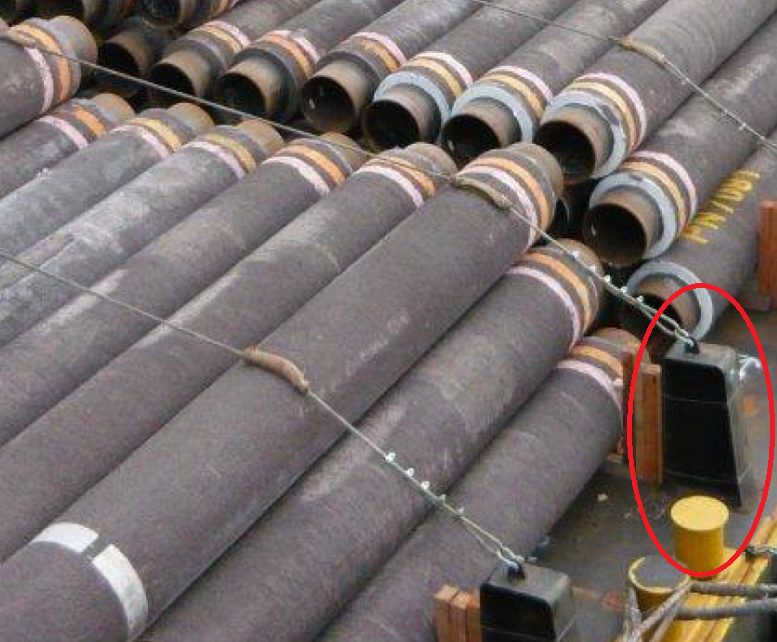 The most common stanchion used is the H-beam stanchion due to its simplicity. Pipe stanchions may also be used in some cases.

In this article, we will look into the design of an H-beam) stanchion and the various stresses that govern its strength.

These principles can be used to assess existing stanchions on the deck of a vessel for their suitability for use with a given cargo too.

A simple H-beam stanchion drawing is shown below: 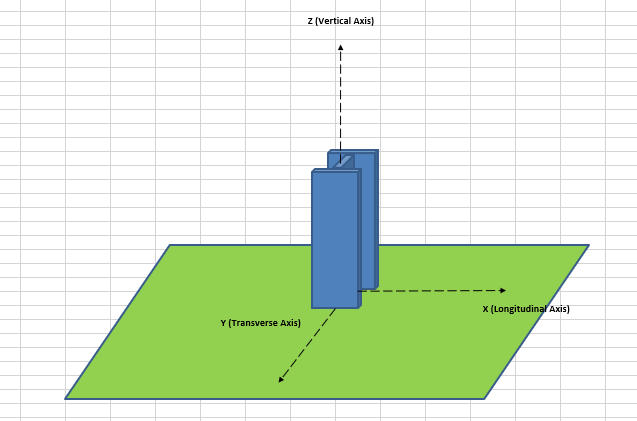 In some cases, such a stanchion may be further reinforced at on one side to take greater loads, as shown below: 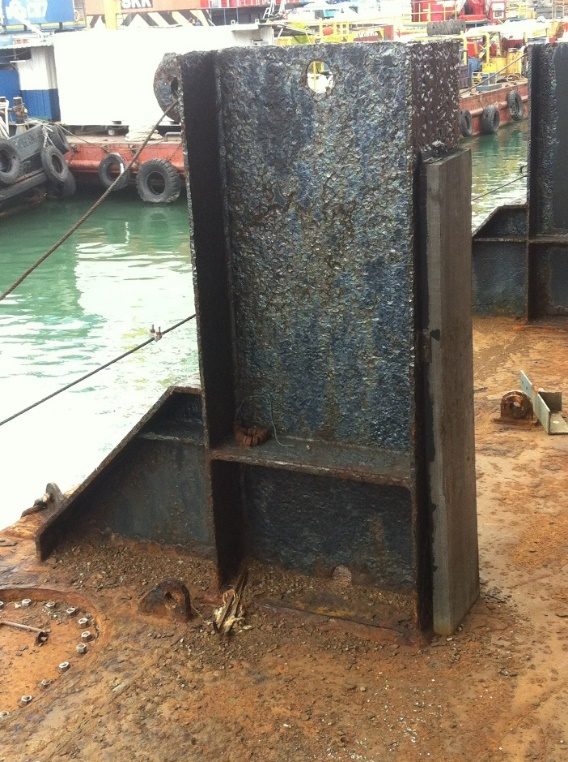 Stanchion with reinforcement at back face

The cargo load on the stanchion can be of two types: 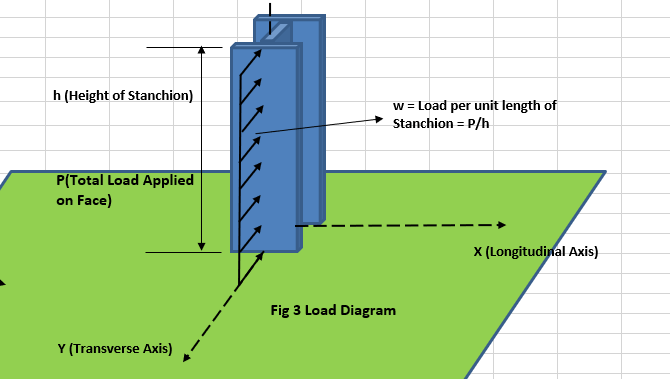 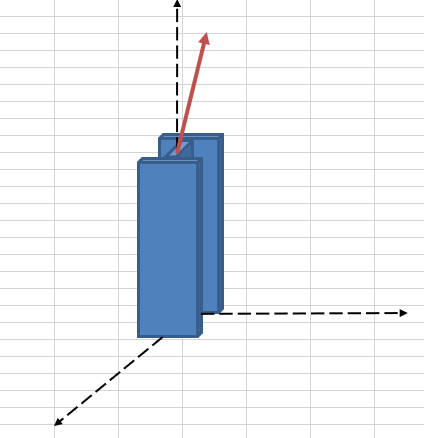 Stanchion with point load at the top

In this section, we’ll see for the two cases of loading, the applicable stresses, and how to go about calculating them.

When the cargo is resting against the face of the stanchion, the total load and stresses on the stanchion can be calculated by the following method:

When the load on the stanchion is a point load, the steps of calculation still remain the same as for the distributed load, except for the following changes: 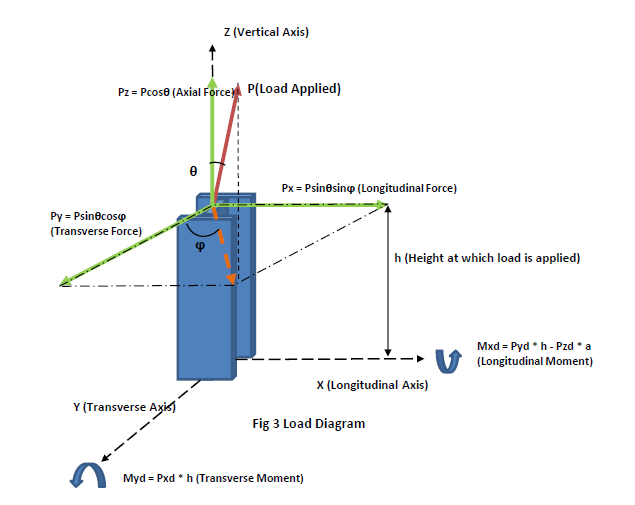 These loads will also lead to design moments about both X and Y axes as shown above.

Thus, depending on the type of loading, the stress checks for a stanchion vary. If the stanchion is found to fail in these checks, either a full-fledged FE Analysis may be carried out to further ascertain the suitability of the stanchion, or some strengthening of the stanchion may be recommended.

That brings us to the end of this article on stanchions. Assessing the suitability of an existing stanchion, or designing new ones for a seafastening operation require us to look into every strength aspect of the stanchion in detail.

Please do take some time to explore TheNavalArch’s product for stanchion design.